On Sept. 23rd, the President of the United States tweeted the following:

Just heard Foreign Minister of North Korea speak at U.N. If he echoes thoughts of Little Rocket Man, they won't be around much longer!

In response, I’ve seen some writing directed at Twitter’s leadership that has been growing to near-hysterical levels. “Just know that in order to save yourselves, you’re sentencing us to die with him,” wrote Mike Monteiro in Boing Boing.

Monteiro is not alone. A growing segment of Twitter’s users have decided they have had enough. They’ve increased their calls for Twitter to mercifully cancel his account on the grounds that inciting a nation armed with nuclear weapons to war might, you know, be a violation of the terms of service.

“But when Trump’s tweets trigger nuclear annihilation or a bloody race war – or both – there’ll be no escaping your legacy,” wrote Paul Carr, as if the most powerful man in the world can’t find an open microphone somewhere.

Many of these demands are coming from members of the tech or media industries. These are people who watched Twitter and Facebook grow from cute “disruptive” startups to the most powerful distribution methods the world has ever known. And any criticism of the behavior of these companies is lobbed from the perspective that Twitter and Facebook are tech companies.

They’re not. Not any more.

We need to reckon with the fact that, although these are private sector companies that can do whatever their terms of service outline, they are de facto public squares. They are the broadcast news, the town hall. But the broadcast news was on publicly-owned airwaves. And the town hall is literally owned by the public.

But for better our worse, Twitter and Facebook are where Americans gather, and it’s the domain of private enterprise. 67% of Americans say they get their news from social media. Yet our grasp of social media’s influence on our society is lagging far behind its actual impact on how we think, consume news, and talk to one another. Much of our handwringing over Twitter and Facebook comes from this tension. We need start thinking of Twitter, Facebook, and YouTube as existing in new regulatory categories.

There’s a popular Twitter account that takes our president’s tweets and puts them on official White House letterhead.There’s a conversation as to whether the president can legally delete a tweet. There’s a group of people suing our president for blocking them on Twitter. The grounds for the lawsuit?

They included arguments that Mr. Trump was imposing an unconstitutional restriction on the plaintiffs’ ability to participate in a designated public forum, get access to statements the government had otherwise made available to the public and petition the government for “redress of grievances.” (emphasis mine)

We still don’t know what to do here. We don’t know how to make sure the new chosen public squares serve the public interest. How we regulate (or don’t regulate) our online platforms is one of the defining issues of our time. It’s going to last at least beyond one presidency.

As a result, we should be fighting for both legal and social frameworks that can’t be used for anti-democratic ends. And having Jack Dorsey silence a democratically-elected leader seems pretty anti-democratic to me.

Do we REALLY want to place the power to silence an elected politician in the hands of two guys in a San Francisco corner office? Do we want eight people sitting around a conference room in Palo Alto deciding what news is “real” and what news is “fake”?

These are men who don’t even know what their own algorithms are up to. They can’t seem to block the sources of foreign propaganda outlets posing as actual Americans. They can’t (or choose not to) control the platforms they’ve unleashed upon us all. As most of their critics point out, they are driven solely by “increasing shareholder value” and it’s THEM you want to hand the keys to?

They do. But they shouldn’t.

The call for banning our president from Twitter is what it looks like when you view the president as president of either “my team” or “their team.” If it’s “their” team: Yes! Cancel the account! If it’s my team: “That’s fascism! That’s tyranny! That’s a corporation run amok!”

Don’t begin setting the framework that will be eventually used against your team. Allowing private companies to control the speech of our politicians is gobsmackingly short-sighted view that stems more from tribalism than practicality.

If you want to equate our president to a “belligerent dick” as Monteiro does, I won’t disagree with you. But we had a whole referendum on whether he was too much a belligerent dick to be president. He won. The rest of us lost. He’s ours now. 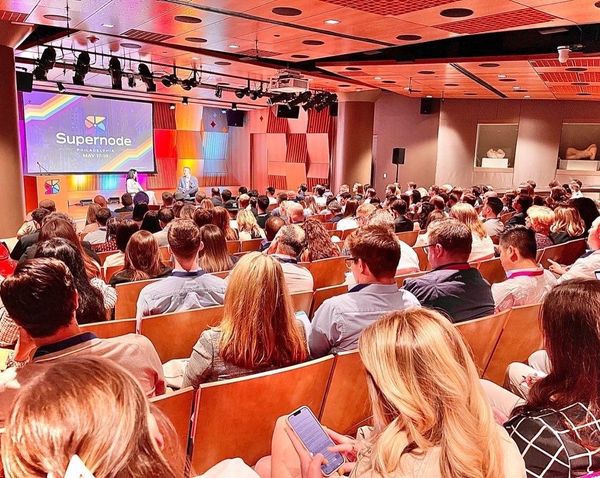