I was catching up with a friend recently when I asked how work was going.  He was making good money, he said. And had enough seniority to have a high amount of autonomy. For the first time, he felt in control of his career trajectory.

“But I dunno man," he continued. "I’m just not as into it any more. Like, it’s fine. But it’s just such a small part of the things I care about.” He paused for a moment. “It’s enough.”

I’ve had some version of that conversation dozens of times in the past few years. It usually comes up whenever we get to speaking honestly about someone's long-term career plans, and I suspect it has something to do with my age. As of this writing I am 33. Most people I know are +/- two years of me.

In these conversations, we usually end up dancing around a set of related questions: When it comes to my career, what is "enough"? Should I get off the career train and focus elsewhere? Is my lack of interest my boss’s fault? Is caring less about my work like giving up on life? How could I do anything but give this my 101% effort after I've worked so hard?

I posit that every modern, young-ish white collar professional hits some version of this inflection point. It’s a point where you have of your “basics” covered. You’ve reached the top of some hill you were mentally climbing only to see a much bigger, more difficult hill. It is at this moment you have to answer a life and career-defining question:

If you were an ambitious college grad in the previous decade or so, your life likely followed a few common beats:

You got good at what you do and were rewarded for it. You were paid more. You received fancier titles. You got greater control over your finances.

But eventually, the wins stopped coming as quickly. It started to feel like you're walking in molasses. Maybe you switched jobs a few times and didn’t see a significant gain in money, status, or autonomy. Or maybe you arrived at a level in the org chart where you were the youngest and were expected to "wait your turn". Or maybe you saw the life of those one level “higher” than you in the org chart and how much they had to work. Or maybe you wanted to start a family in that major metro and realize how much you and your spouse have to make.

It’s at this inflection point where many people ignore this stuck feeling, press on, and start to feel burnout. As Anne Helen Peterson in (her wildly heralded piece in) BuzzFeed wrote:

Why can’t I get this mundane stuff done? Because I’m burned out. Why am I burned out? Because I’ve internalized the idea that I should be working all the time. Why have I internalized that idea? Because everything and everyone in my life has reinforced it — explicitly and implicitly — since I was young. Life has always been hard, but many millennials are unequipped to deal with the particular ways in which it’s become hard for us.

I’m positing that many hit this barrier somewhere close to 30. The rewards have slowed down and it’s taking its toll. Yet we are wired to value ourselves in terms of work. It feels like a grind. It’s at this point you wonder: Do I go for it?

Do I continue to orient my choices around the goal of accumulating the most amount of money, power, and prestige in my field?

Why does it get hard?

There are many reasons why the wins do not come as quickly. Let’s touch on the main ones:

You are less in control of your time as you advance up the corporate ladder because some very powerful people can always swoop in and command your resources. And, because the stakes are so high and so many people are willing to slide into your role, you often have to listen to them. You paradoxically have more authority but less power. You can easily spend 50 hours a week just responding to priorities of senior executives before you ever lend a thought to your own objectives and career growth. This is how people wake up after 25 years of ladder climbing and have the haunting realization that they didn’t accomplish anything they sought to do.

To overcome all of the above it will take a more focused and singular approach. You will likely need to orient your life around your performance at your job. And most everything not related to your career will have to be in service of keeping you energized for work. If you pull it off the rewards are massive and the security may span from your generation to your children’s. Is it worth it?

I want to be clear: there is no “ideal” choice here. The beauty of life is that you get to choose your own adventure.

You can choose to focus on your career. At that level, candidly, it will require support from your significant other, understanding from your family, and may affect your health.  You may also need to make so much money that you can afford to support aspects of your domestic life via child care, personal trainers, elderly care, and other support. Do this on purpose, because you are in a zero-sum competition with people who are willfully sacrificing and find great joy in having a singular focus.

You can choose to focus on something else. Your source of novelty and fulfillment will come from friends, family, and other pursuits (David Brooks calls this The Second Mountain). Depending on your industry, you could be doing (close to) the same job functions for a decade or more. A pursuit of rewards needs to be replaced with the patience of craftsmanship. You will watch some peers “pass” you when it comes to money, power, and status — especially on social media.

There is no ideal choice but there is a “wrong” choice: Not choosing at all. The destructive thing to do is to limp along, zombie-like, banging your head against an invisible career ceiling, never fully committing. You will find yourself judging your self-worth by your career accomplishments but not actively exploring the changing dynamics of your career as you advance. You will spin in circles and be not be adapt at servicing your career or friends or family or health.

The only mistake is trying to have all of your burners turned on, but only at half power while your mental image of yourself is one of a high achiever, yet you know in your soul you’re not making progress. This is to bear the downsides of both options with none of the upsides.

This phase of your life requires making a decision, accepting the sacrifices of that decision, and enjoying the pursuit of whatever you decide. Because you chose it. Because you couldn’t ever imagine choosing anything else.

And that needs to be enough. 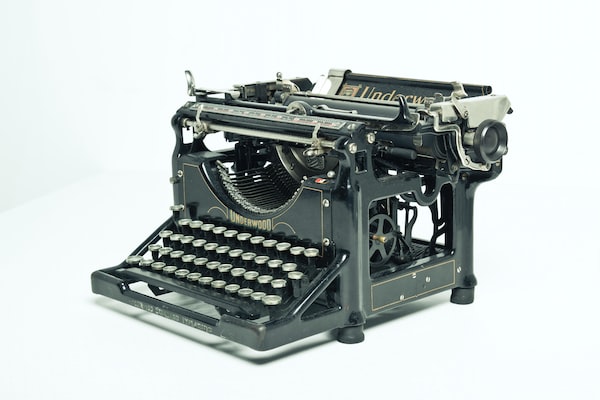