Tell me if this has ever happened to you: A well-known person in your field loses their job with impressive company X. Deep, deep inside you feel a vague sense of guilty satisfaction. They weren’t that talented anyway, you tell yourself. This will clear room for more up-and-coming talent, you say.

But then weeks later when you’ve already mentally moved on, you read that well-known person has landed on their feet, yet again, with a new job at impressive company Y. No schadenfreude for you. So what is that well-known person’s secret? It’s not (always) talent. No, the thing that keeps creative people employed and in full control of their destiny, isn’t some hidden genius.

It is the ability to build and serve an audience. Cynically, it’s much harder to quietly let someone go if their 4,000 Twitter followers will hear about it. But practically for those of us whose who operate behind the scenes or aren’t the “face” of our department or company, an audience is the best job insurance possible.

Consider the plight of the person hiring creative talent. Or the person hiring anyone, really. They have a marketing campaign for a client meant to build customers. Or maybe they are responsible for a team that does not have a ton of headcount to work with. While the job market is risky, those doing the hiring are risk averse—VERY risk averse.

The known commodity is always safer. People are more likely to hire their friends or people they’ve worked with before. This, of course, is the genesis for the well-trodden aphorism, “It’s not what you know but it’s who you know.” Well, those job candidates with an audience experience this “known commodity bonus” but at a significant multiplier. Now it’s not the just the hiring manager that knows about the creative with an audience. It’s others in the industry. Other known commodities know about this known commodity.

Consider the super-talented person with no audience. Let’s call her Sarah. Sarah is technically skilled and does great work, but her work is often behind the scenes. Sarah’s team knows about her talent and she’s always proud of the end product. To her, that’s usually enough. In a perfect world, it should be. But in a Machiavellian way, this leaves Sarah extremely vulnerable.

Let’s say Sarah’s division folds because her parent company is downsizing. Or suddenly, her expertise in interface design on Android devices isn’t in demand any more. Or worse, she gets a new manager who decides that it’s time for a change. All of these factors are out of Sarah’s control. All of these factors are decoupled from Sarah’s ability to do her job. All have negative impact on Sarah’s career. All of these situations happen every day, and will likely, at least once in our lives, happen to us.

Sarah is now looking for work and everyone that knows she did a good job, every one that liked working with her is still at the old company. All of the people that know how good she is can’t hire her, and Sarah is left depending on her old team to put in a good word for her. This sometimes works out. Oftentimes it does not.

This is why building an audience is job insurance. There’s a reason the creative crowd flocks to Medium and Twitter. The “premium” for this job insurance isn’t money. It’s being transparent in your process, having resolute beliefs, and sharing these both with the world and doing so regularly. Usually, though not always, this means writing. But it can also mean capturing email addresses of those who like your work. Or posting case studies of everything you work on. Or directing people to follow you on a specific network (we suggest Bēhance, but we’re biased). Too often, creatives do this after the fact, only when they are in need of a new gig.

Imagine if Sarah had written about her thoughts on design throughout her career. Sometimes, she was right. Other times, she was wrong. But more importantly she attracted a group of like-minded people that kept track of her work (and as a bonus, exposed her to varying viewpoints that forced her to get better). Imagine she told these people to follow her on Twitter or to sign up for her Tiny Letter. Even if this group is “only” 40 people, that’s 40 people that are looking out for Sarah now. It’s 40 people that know Sarah’s work and respect her thinking.

Left unchecked, your natural instinct is to please your internal audience. After all, you see those folks every day and the feedback loop is strong. But you can’t take your internal audience with you if you move to the next gig. Communicate often with those folks, they are important. But don’t neglect the possibility that you have something to add to the broader conversation in your field.

I don’t know the industry you work in. But what I do know is that your industry needs your voice. More people than those in the room with you each day deserve to see your take on things that matter. Especially if you find yourself complaining the “thought leaders” are the same tired faces getting all of the notice.

Let’s jump back to Sarah’s doomsday scenario. The one where Sarah’s job prospects change because her company downsizes. Now, let’s pretend you’re Sarah. Bummer. But now you can ask your audience of 40 strong. In this case, one single person made the choice to downsize your position. You were exposed, the victim of a power play or an incompetent manager. It only takes one person in the right position to knock us off of our career path. But no one person can take your audience. 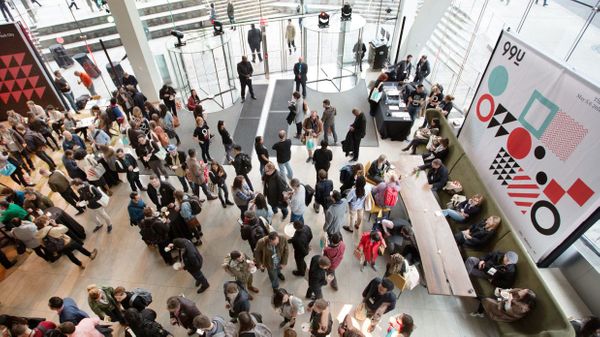 2016 marked the seventh anniversary of 99U: a website, magazine, conference and book series dedicated to helping people make their ideas happen—and the publication I’ve worked on in 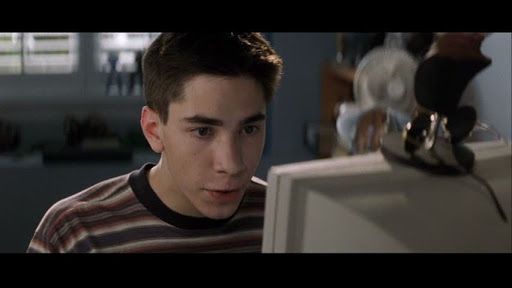